Although people eat on bullet trains rather than locomotives today, the bento is still an important part of today's travel in Japan. The top restaurants in each city usually create exclusive snack bars to proudly showcase local specialties. 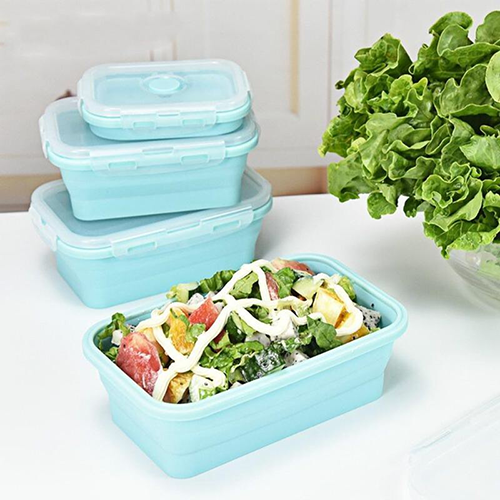 Lunch boxes, or "picnic lunch boxes," are large bento boxes shared by a group of people. Bento is usually packed in a large box full of seasonal dishes. People often enjoy picnics under the blooming cherry blossoms during the picnic season, or in the autumn season when the color of the forest changes from emerald green to golden yellow and vermilion. Silicone kitchenware has become the first choice for making lunch boxes due to its safety, hygiene and good sealing.

Many Japanese children bring bento to school until they start eating standard school lunches in junior and high schools. To ensure that their preschool and kindergarten children eat the entire bento during school, some mothers use some techniques to make the bento more attractive.

Parents’first move is to buy a bento box decorated with children ’s favorite manga / anime / cartoon characters to make children particularly interested in lunch. Traditionally made of lacquer, today it is mostly made of plastic, metal or glass. Now with the development of science and technology, high-quality silicone kitchenware is more and more popular. 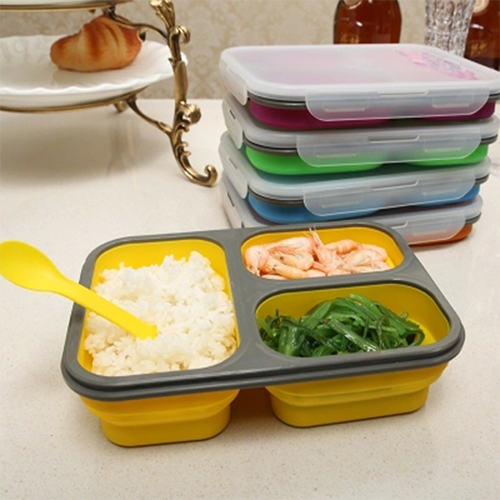 The second trick requires skill. Moms make the food in the bento into anime characters (especially Totoro), Pokémon and locomotive Thomas that children like, so that the lunch is both nutritious and visually enjoyable . Some Japanese mothers even take classes to learn how to make more refined and tempting bento. In these courses, women learn how to make seaweed, crab sticks and various other ingredients into rice and shape facial features.

Waking up early to make cute bento may sound a little crazy, but many mothers believe that the extra effort allows children to eat balanced food and avoid fussy eating habits. Japanese children have no complaints when eating grilled or raw fish and steamed vegetables at lunch and develop better eating habits. Due to their nutritious bento lunches, the level of childhood obesity in Japan is the lowest among developed countries. The process of making bento seems a bit cumbersome, but eating a nutritionally balanced lunch is essential to maintain a high energy level for the rest of the day.

In Japan, people usually avoid eating or walking and eating in public places. If you want to enjoy bento outdoors, it is best to go to the park or find a (rare) outdoor table. Bento can also be enjoyed on long-distance trains. On the Shinkansen (bullet train), there are trays and cup holders on each seat. On trains without pallets, it is recommended not to eat. In addition to drinking water or ice tea discreetly, eating and drinking on the subway is considered extremely impolite. The streets and public transportation are clean for a reason.

Silica gel has superior performance. In addition, silica gel is a non-petroleum product and does not depend on the increasingly scarce petroleum resources. It has become a general trend to make silicone products a substitute for similar plastic products. At the same time, silicone products can be applied to many uses that plastic products cannot the fields, such as silicone baby items, have very broad application prospects.